Steve Sutherlin to retire from The Vision Council 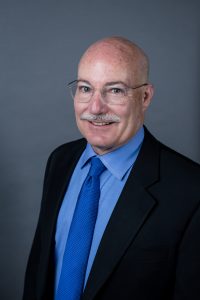 The graduate of the University of Missouri – Kansas City is an optical industry lifer, having started folding mailing boxes for the family lab (Sutherlin Optical) on Sundays at a very early age and remaining there for 41 years, 24 of them as president, until his retirement in 2015.

Sutherlin is married with 3 children, and 4 grandchildren. Outside of work he enjoys golf, water skiing with his new knees, and a great cabernet. Sutherlin now looks forward to having more leisure time to spend at the family’s lake house and with the grandchildren or traveling and pursuing his hobbies. But that doesn’t mean he’s done with working. He plans to do work more with the Kansas City Free Eye Clinic and would definitely consider consulting on interesting projects that he’d enjoy putting his fingerprints on.