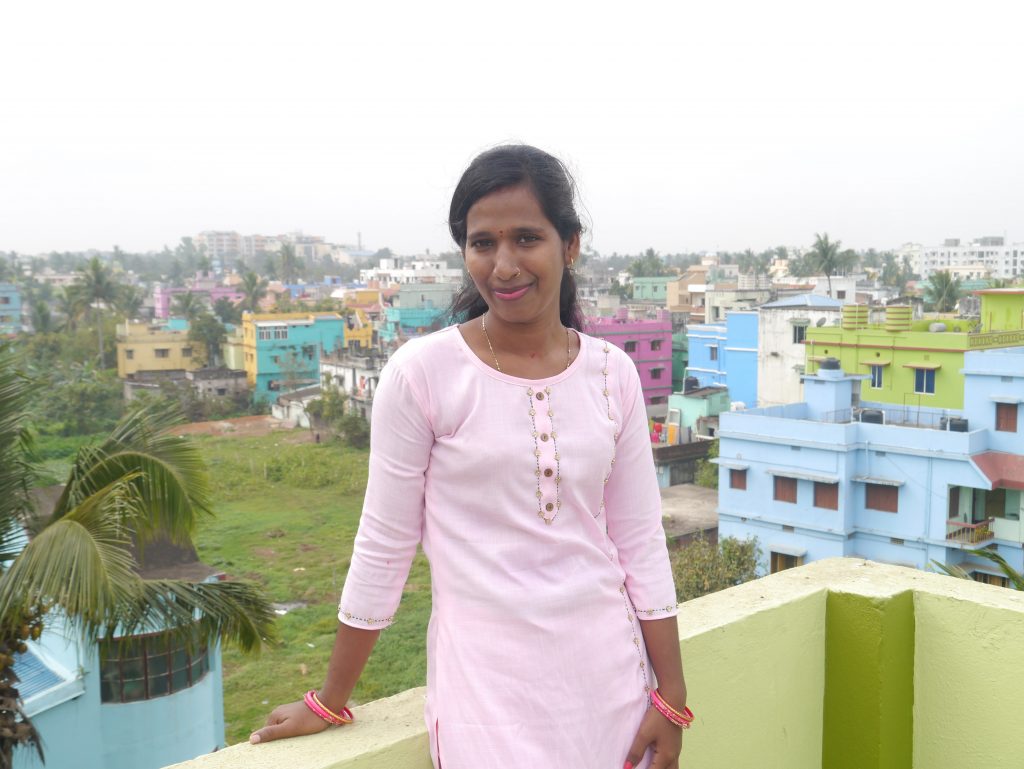 Labour markets in developing countries are often characterised by informal and insecure employment; in view of demographic developments, the pressure on them will increase enormously in the coming years. Prominent organisations now also ascribe a great deal of potential to social enterprises when it comes to job creation. For example, according to a recent analysis in 12 countries, the Siemens Foundation estimates that local social enterprises could help create a million new jobs by 2030.
These include OneDollarGlasses, an organization that aims at establishing a system for basic eye care for people in developing and emerging countries. To this end, the organisation trains women and men in its project countries in the manufacture and sale of the OneDollarGlasses. In addition, a special one-year training programme for ophthalmic specialists is intended to help alleviate the enormous shortage of skilled workers in developing and emerging countries: Already 2012 the World Health Organisation (WHO) reported on a shortage of 65,000 opticians specifically for the care of the most needy.

Involving the disadvantaged – initiating social change
Organisations such as OneDollarGlasses often achieve additional effects through their sustainable commitment which go beyond the mere creation of jobs:
1. In training local professionals, OneDollarGlasses actively involves people with physical disabilities, whose chances on the labour market in developing countries are usually very slim. A job from which they (and often their relatives as well) can make a living not only secures their future but also strengthens their social prestige (see example 1)..
2. With its business model and its product, EinDollarBrille e.V. aims at good vision. This protects the users of the glasses from losing their jobs – or enables them to perform their work better (see example 2).
3. In many cases, a job is also simply more than “just” a job: it increases social prestige within the family and creates new freedoms in the way people organise their lives. Often, the creation of jobs especially for women can also trigger social change (see example 3).

“Brake block” Corona – jobs at OneDollarGlasses were kept
OneDollarGlasses has created over 220 jobs in its project countries to date. These jobs were largely maintained during the Corona crisis, although lock-downs lasting several months in some project countries brought the work of the organisation almost to a standstill. In some countries work has now resumed: In Burkina Faso, for example, the shops have been open again since the 1st of July; in Bolivia, the first smaller campaigns have been taking place again for a few weeks, in which people are provided an eye test and, if necessary, glasses. The situation in India remains critical. Larger campaigns are still not possible here; however, the local team continues to help needy people suffering from cataract to get to a clinic and have free surgery.
“The Siemens Stiftung study, like our daily experience, shows the enormous potential that lies in the work of social enterprises,” emphasizes Martin Aufmuth, founder of OneDollarGlasses. “In view of rapid population growth, weak labour markets in developing countries and high migration pressure towards Europe, the international community should become more aware of the effective work of social enterprises – and, especially in view of the current difficult situation, promote them more strongly”. The Siemens Foundation has supported the work of OneDollarGlasses since 2014 in various countries and currently in Bolivia.

Examples
• Example 1: Souleyman Siguiri, now Chief Financial Officer at GoodVision Burkina Faso (the brand under which the OneDollarGlasses operates there), contracted polio as a child and from then on could only move around with his hands. Nevertheless, he studied architecture and accounting in the capital Ouagadougou, but was unable to find paid work for a long time. By the time he introduced himself to OneDollarGlasses, he had almost starved to death. Today he is a highly esteemed employee there, found new courage to face life – and founded a family. With Constant Zoungrana, the project in Burkina Faso also has its first blind employee in the eyewear production.
• Example 2: The 50-year-old car mechanic Patrice Kabore (Burkina Faso) regularly had difficulties with his work from 4 p.m. onwards; due to the onset of darkness, he could no longer recognise small parts. With his OneDollarGlasses he can now carry out his work again without any problems until 7 p.m..
• Example 3: Dipti Prusty, for example, is an employee of Care Netram, partner of OneDollarGlasses in India. Her husband has not had a job for a long time; this made the young woman the main earner in the family. In the event that Dipti Prusty becomes a mother, she has already agreed with her parents-in-law that they will then support her in childcare and perhaps even move to where Dipti is currently working. This shows how people’s lives as well as social positions can be changed by creating jobs in developing countries.