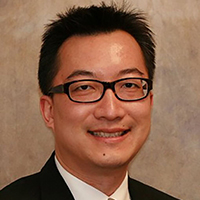 Antonios (Tony) Grigoriou has been appointed Executive Officer, CEO and President of Mitsui Chemicals Americas to support parent Mitsui Chemicals Inc. (MCI) towards its 2030 Global Vision with particular emphasis to grow the Life & Healthcare Business Division in the Americas. The MCI 2030 Corporate vision is designed to respond to dynamic change creating wide ranging solutions that contribute to a sustainable future, growing by solving social challenges and creating diverse value with the power of chemistry. Tony has been with SDC since 2003 and served as President and CEO of SDC for more than a decade and will remain as a member of the Board of Directors of SDC Technologies. During his leadership tenure, he has grown SDC’s Global business into new diversified markets and firmly established the company’s position as a best-in-class developer of high-performance coatings.

James White has been appointed Chief Financial Officer for SDC Technologies Inc and is responsible for all aspects of global finance, IT, legal and business support activities. Prior to joining SDC Technologies in 2007, James worked in both public and private accounting. He has more than 20 years of experience within the coatings industry. James holds a Bachelor of Business in Accounting from California Polytechnic University, Pomona. He also maintains his Certificate of Public Accounting from California.