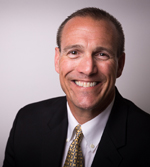 After 19 successful years with Satisloh, first at the helm of North America and for the last 4 years as global President and Group CTO, Larry Clarke takes the opportunity to pursue a new leadership role within Essilor of America. Clarke will become President, Nassau / OOGP and Optical Supplies effective January 1st, 2019. In his new role Clarke will be responsible for a portfolio of companies focusing on contact lenses, stock lenses and optical supplies. “I am excited for this new challenge and growth opportunity and thrilled to turn over the reins at Satisloh to a successor that is more customer-focused than anyone that I have met in the optical industry,” said Clarke.

With Clarke’s move to his new role, Pete Lothes will become the new global President and CTO of Satisloh, the market leader in optical manufacturing equipment. Lothes is a veteran of the ophthalmic industry with over 27 years of experience. He joined the industry in 1991 after graduating from college by working in the family retail and wholesale lab businesses in Columbus, Ohio. Shortly after joining the family business, he became president of the wholesale lab. The lab was acquired by Essilor Laboratories of America (ELOA) in 2004 and he continued on as its president until 2009. Later Lothes held various operational executive positions, including Vice President of Operations, Partner Labs for ELOA.  He joined Satisloh in early 2015 as President of Satisloh North America. During his time there the company achieved multiple years of record sales as well as increased operational efficiencies. “In my new role, I am looking forward to focusing on the company’s continued passion for bringing the most innovative products and processing solutions, as well as the best customer service, to all of our customers worldwide,” said Lothes.