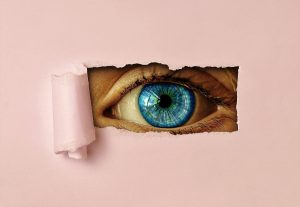 In a study published in JAMA Ophthalmology today, “Prevalence of Visual Acuity Loss or Blindness in the US,” researchers estimate permanent vision loss and blindness in Americans of all ages, including people younger than 40 years old, and adults in group quarters, such as nursing homes or jails.  Researchers found more than 7 million people are living with uncorrectable vision loss, including more than one million Americans who are living with blindness.

“What makes this study different than previous national estimates of vision loss and blindness is that the methods we used allowed for a broader analysis of populations in the United States than were previously included,” said David B. Rein, Ph.D., Program Area Director for NORC at the University of Chicago’s Public Health Analytics Program and one of the study’s co-authors. “While the addition of these various age groups is partially responsible for the increase, the growth in the number of older Americans has also contributed to more people with vision loss and blindness in the United States than previously estimated.”

Additional findings from the study include:

“Prevalence of Visual Acuity Loss or Blindness in the US,” was authored by researchers from the Institute for Health Metrics and Evaluation (IHME) at the University of Washington (Seattle), NORC at the University of Chicago (NORC), and the Centers for Disease Control and Prevention’s (CDC) Vision Health Initiative, with support from Prevent Blindness.

Prevent Blindness, a primary stakeholder in the study, serves as an engagement and communication channel for the VEHSS, working directly with NORC, CDC, and other partners.