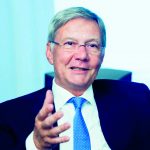 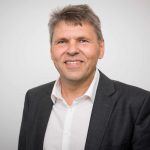 Dr. Bolle has a PhD in engineering and has held executive positions at Bosch since 1992 – taking a break from 1999 through 2002 to establish a high-tech startup. Most recently he was Member of the Management Board of Robert Bosch GmbH, Chief Technology Officer (CTO) and Chief Digital Officer (CDO). During his time at Bosch, Dr. Bolle was the driving force behind the creation of the Bosch Center for Artificial Intelligence and helped to link up the Internet of Things with artificial intelligence (AIoT).

“We look forward to working with Dr. Bolle. His high level of skill and vast experience in matters related to the global economy, particularly in the area of digitalization, have equipped him to face the challenges that lie ahead,” said Dr. Lamprecht.