Hoya has been active in Germany since 1979. For many years, their German headquarters have been situated in Mönchengladbach. On November 23, 2019, a big anniversary party with more than 650 invited guests took place there with a top-class entertainment program with various artistic performances.

In the afternoon, as a prelude to the anniversary celebration, there was the opportunity to take part in a factory tour. More than 300 visitors took the opportunity to look behind the scenes of Europe’s most modern Hoya production and learn more about the manufacturing processes. The next stage of the event then led to the Borussia Park Mönchengladbach. Practically as a “warm-up” before the big show, the visitors were able to sniff stadium air and compete in the “Beat-the-Pro” against the Hoya-sponsored eSports team Borussia Mönchengladbach. This was followed by the presentation of the new premium progressive lens Hoyalux iD MySelf.

The words of welcome of Lord Mayor Hans Wilhelm Reiners then opened the official part of the jubilee celebration. The football expert and Sky commentator Erik Meijer led through a varied program – at his side: the Hoya management, represented by the Managing Director Mirjam Rösch and the Vice President Commercial Western Europe Oliver Fischbach. All visitors had the opportunity to celebrate at the following party with live music and DJ until late in the evening. 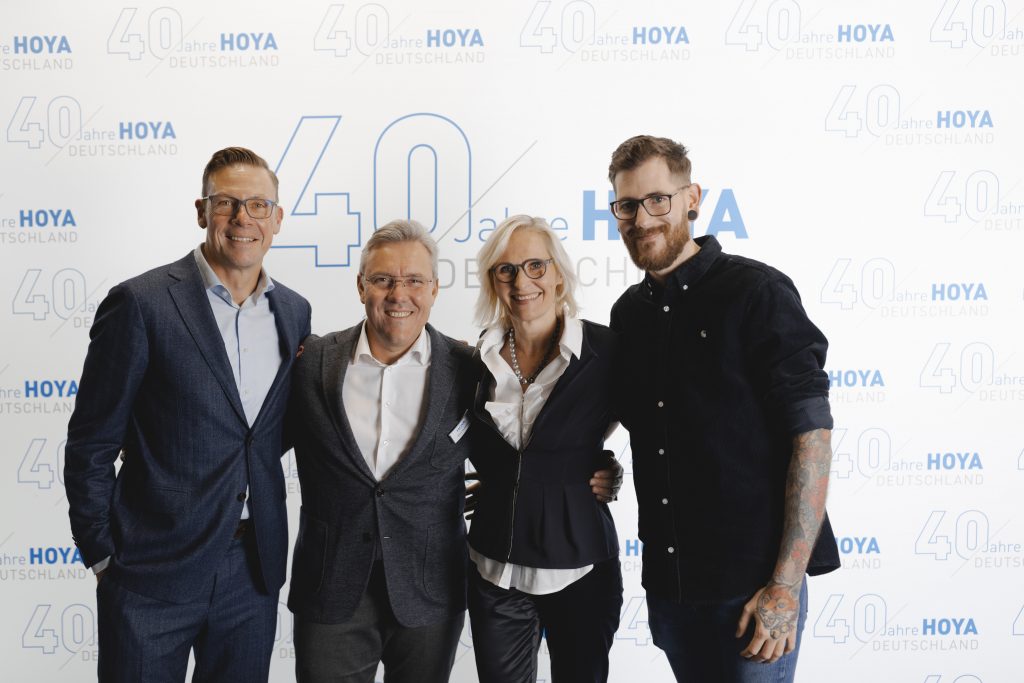