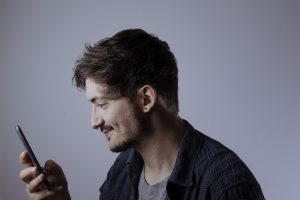 Image by GustavoWandalen from Pixabay

Millions of social media-obsessed millennials spend hours a day scrolling through an endless number of feeds and online resources. Many of us are guilty of this digital habit, but how does time spent staring at screens affect our overall health in the long term?

A new study by Lenstore has analysed the top countries around the world who are the most addicted to their screens. Collaborating with health experts, our research reveals the detrimental cost to health as a result of spending time online and how to preserve our long-term health – particularly during the COVID-19 pandemic. 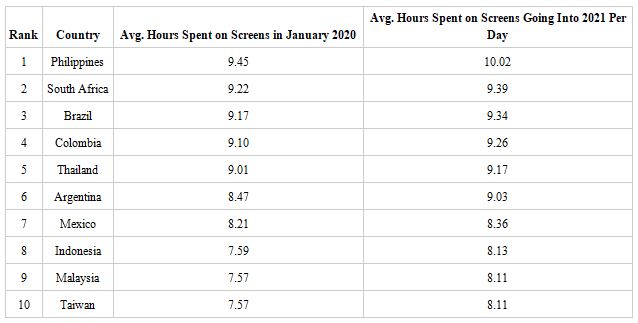 During the past year, computer and mobile screen usage drastically increased on a global scale. A staggering 76% of the population between 16 and 24 are spending more time on their phones, while 45% have increased the amount of time they spend on their laptops. And it’s not just phones and laptops that are the digital culprits: 34% of the population are spending more time watching TV, while 22% have increased their tablet usage.

Alongside this, Akua K. Boadteng, a licensed psychotherapist comments that she has seen a marked increase in the use of screen time across her client base. “The uptake since last year could be attributed to working from home, decreased social interaction outside of the home and comfort-seeking behaviours due to stress. Additionally, relational connection and socialisation have largely moved to digital means. Therefore, individuals are working on screens, connecting on screens, decompressing on screens, and then using screens to mitigate stress.”

According to Behavioural Optometrist, Bhavin Shah, staring at screens “can have a big impact on transient blurry vision, an increased need for wearing glasses, the discomfort of the eyes, and performance at work. It can also have a detrimental effect on our neck and shoulders.”
Since the Covid-19 lockdown, Bhavin Shah has seen “an increase in people working from home suffering from eye strain, dry eyes, itchy and sore eyes. Many people have found themselves needing to wear glasses to relieve eye strain and allow them to work for longer.” This means that taking additional measures to protect our eyes and health is imperative to preserving our long-term health when using screens.

Top 10 Tips for Protecting Your Health When Using Screens