An ophthalmic optician like me is not directly involved in the optical industry. He only needs to know that they make spectacle lenses. However, this all changed for me in 1979 when I attended a seminar in Amsterdam on the question of how to prevent scratches on the surfaces of plastic lenses during production. At the time plastic lenses were in the process of taking the market by storm.

The seminar in Amsterdam was organized by a well-respected British journal, “Manufacturing Optics International – MOI” now long since defunct. But ever since that day I wanted to organize a proper congress for the labs and optical industry in Europe.

I did not anticipate the resistance to this idea that I would encounter. The German industry association F+O and Randolf Rodenstock were dead against it, with Rodenstock saying bluntly: “We don’t need that in Europe!” It was not until several years later that I managed to persuade Eric Lenoire, head of SILMO, to host such a congress in Paris.

In the year 2000, the first congress – at that time under a different name – was a huge success. It was actually like the beginning of Stanley Kubrick’s Space Odyssey. A year earlier someone had exhibited some strange red-and-white machines for the treatment of surfaces. But nobody really knew what they were for.

This new technology introduced by Günther Schneider represented the first major revolution in the surface treatment of optical media for over 400 years. And thus began a new era of questions which had hitherto been unknown, and demands for solutions to production problems that no one ever knew would one day be needed.

Since the year 2000, ‘MAFO – The Conference’ has offered a platform for discussing such questions and solutions and how to apply them. New developments and solutions were needed, such as small chambers for coating individual spectacle lenses, how to polish individual progressive surfaces without changing the curvature and how best to clean lenses, etc.

The optical industry has now met 20 times for ‘MAFO – The Conference’, first in Paris and later in Milan, with ever increasing interest. We are currently preparing for the next edition in February 2020.

How can you organize a congress for an industry with which you had no dealings until the turn of the millennium? The answer is simple: As the technicians, engineers, physicists, chemists and mathematicians also had to learn themselves, I learnt along with them from the many discussions with these experts.

By far the greatest help in this learning process, however, were the congresses organized by the Optical Laboratories Association (OLA) in the USA. Thus I would like to express my sincere thanks to those at the OLA who made these mammoth events possible. The lectures there helped to open my mind to this technical world which was new to me. However, I deeply regret that this important organization was killed off due to Essilor’s destructive policies in the USA.

Despite this, I hope that the Lab Division within The Vision Council will be able to continue OLA’s original idea.

As of July 1 this year, I am handing over all the magazines of MediaWelt GmbH to three employees as part of a management buyout. I had two reasons for doing this: I did not want to be still taking full responsibility well in my 80s. And secondly, the day-to-day work has increasingly been taken over by younger minds. They have brought with them their own fresh insights into the editorial and marketing fields. Thus it is only fitting that they should also take responsibility and enjoy the fruits of their work.

However, this does not mean that in future I will be devoting all my time to breeding my kois and the never-ending expansion of my model railway. The really nice thing about being a journalist is that you can continue writing for as long as you can still hold a pencil – or at least for as long as there is still someone there to read it.

(Editor’s note: We are not going to let Jörg Spangemacher off the hook that easily. For more, see the next issue of MAFO.) 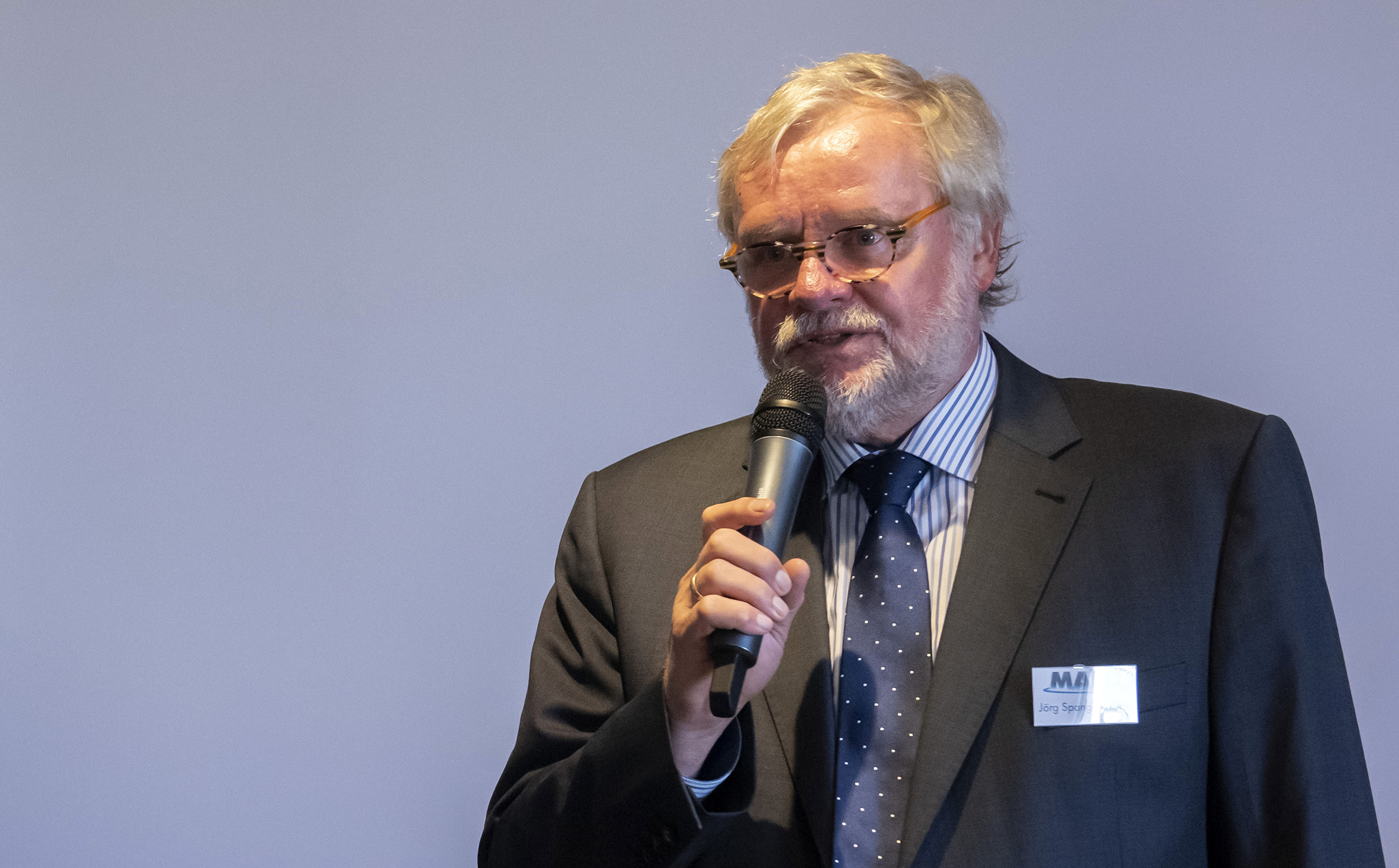